Jacqui Colley has been named winner for her artwork, Long Echo. 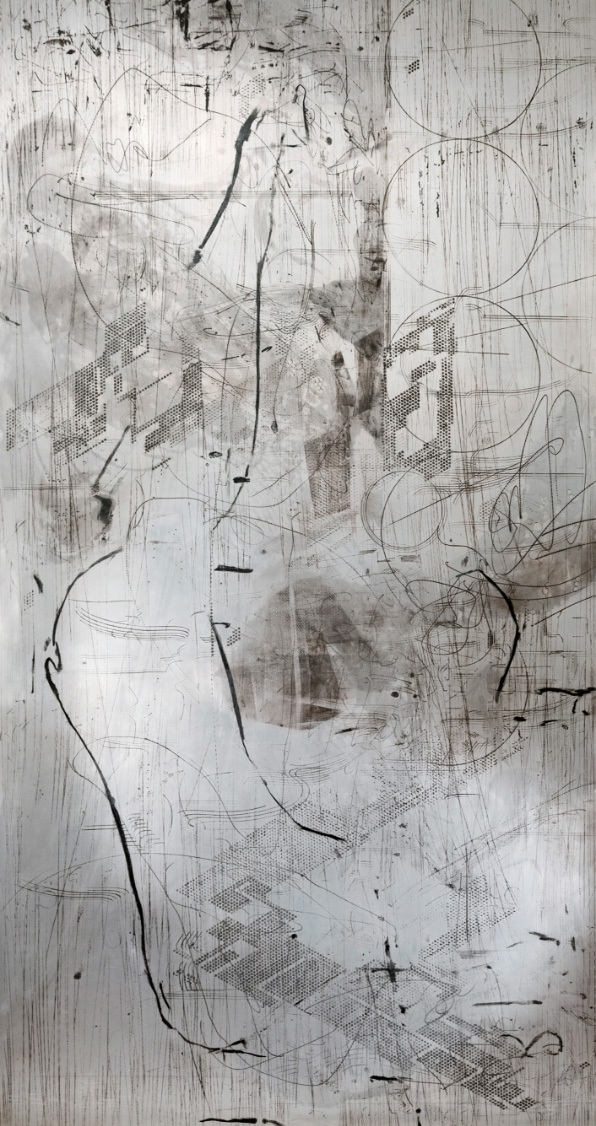 Jacqui refers to her work is a response to place, a visceral reaction to events and activities around me.

Nature, the human condition, music, industrialisation and digitisation are all central themes and an entrance to my work. Long Echo is a meditation on altered nature where social and ecological systems clash.

I’ve loosely referenced aerial views from Canterbury, observing shapes; rivers which flow from the mountains to the sea, the great lakes and the few remaining wetlands. With intersecting grids, circles and lines I have mimicked the colonisation of the now mechanised land.

I was influenced by pre-european Māori rock art on the limestone cliffs at Takiroa near the Waitaki River. I visited these drawings, contemplating the information they shared for travellers; of warnings, beliefs and the locations of provisions. This inspired me to make my own indelible marks to reflect our current precarious status, by drawing and etching it into a shiny metal surface – a symbol of modernity.

Last year's winner was a draped assortment of cut up carpet. Keep Reading