When Warren Feeney invited me to judge the inaugural Parkin Drawing Prize I was excited by the potential of this award to enable a powerful focus on the practice of drawing, and to underscore its relevance and potency within contemporary art.

I was also eagerly anticipating entries that spanned a spectrum of approaches, media and scale, and which tested our assumptions about what drawing is and can be. On entering the galleries I was not disappointed. Strong works investigating form, space, and time using traditional materials such as graphite, charcoal, ink, chalk, and watercolour, were present alongside more surprising materials (including dust, laser cut paper, video, thread). There were works drawing on vocabularies of abstraction, figuration, conceptual practices, and social critique. There were works that were beautiful, works that were tough and many that had both qualities combined.

I was looking for works where the idea behind the work were strong, the execution well suited and brilliantly executed, and above all that the work had an intensity and an energy that gripped the viewer and would not let you out of its clutches until you surrendered yourself to giving it time.

The decision was a tough one to make and I would like to make special mention of six works that particularly impressed me; Hannah Beehre’s Postcard to Victor Jonet, Stephen Ellis’s Untitled (Ultramarine), Trenton Garratt’s Sectioned (Radial Drawing), James Oram’s Untitled, Sian Torrington’s Made of Bigness and John Ward Knox’s untitled work.

I am awarding the Parkin Drawing Prize 2013 to Auckland-based artist Monique Jansen for her work AO Folded Moire Drawing, which hangs in Gallery 3.

This work has visual punch, sucks you in to a vortex of marks where you can get lost for some time. The intricacy and character of the individual marks hits you second, by which time you develop some concern for whether the artist suffers from RSI, but the overall effect of the work is cohesive. The technique does not dominate the work; the process—while integral—does not render the work clinical.

I wish all of the shortlisted artists great success in their careers and I am so heartened to see such a strong culture of drawing evidenced through this exhibition and prize, which, thanks to the generosity of Chris Parkin, will continue to grow. 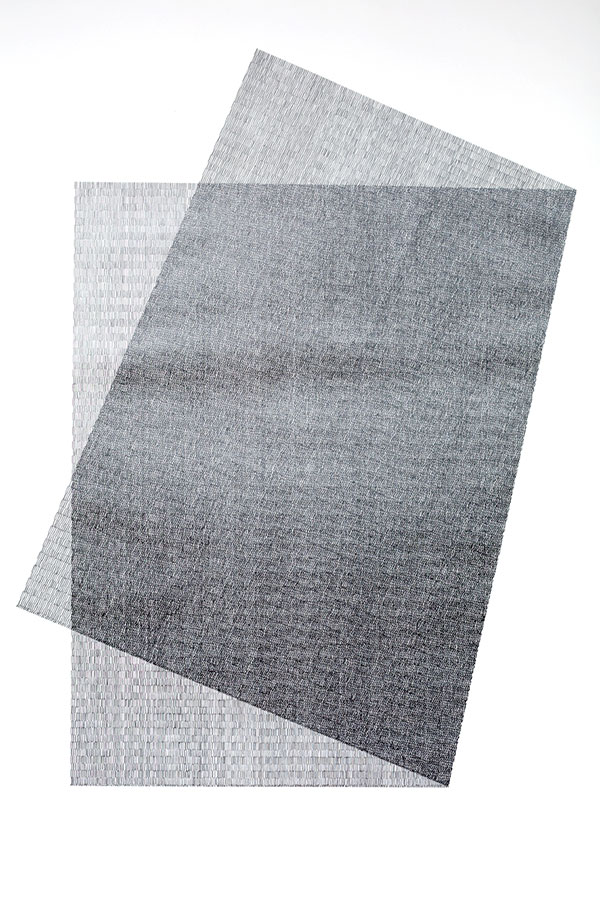